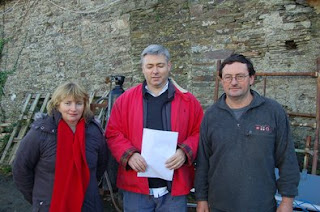 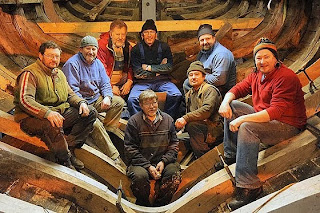 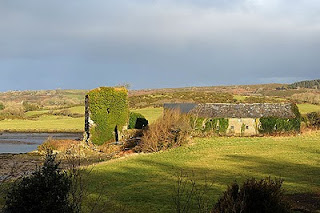 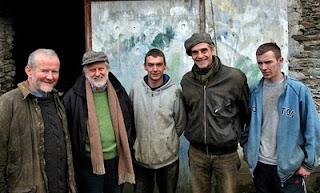 One of the projects that I have been working over the last two years has been The Ilen. This is now being restored down in Baltimore.


Designed by pioneering voyager, Conor O'Brien, the Ilen was built by the Fisheries School, Baltimore, West Cork, Ireland and launched in 1926. It was then commissioned by the Falkland Island Company and she served as an inter-island trading vessel in the tempestuous seas of the southern Atlantic for over fifty years. The Ilen returned to Ireland in 1998 and is now owned by The A.K. Ilen Company, a not-for-profit maritime trust. At present we are approaching a major milestone in the reconstruction of Ireland's sole surviving wooden coastal trading vessel and will be having the Framing Out Ceremony of the good ship Ilen in May at Hegarty's Boatyard, Oldcourt, Skibbereen, County Cork.

'Reaching into the past to build the future' - 'There is still a lot to do on the Ilen: deck beams, planking, stringers, keelson and knees hanging and lodging.' The next workshop will be held in Hegarty's Boat Yard: 23 - 25 June 2010. Go to http://www.bigboatbuild.com/ to see more. Email Gary MacMahon at gary@ilen.ie