Our Genealogy radio show today covered some aspects of Irish surnames in Texas. Naturally we will have to do another show on it as there was so much fascinating info and we missed out the Alamo so we'll do another show in the New Year. Do take a listen at The Genealogy Radio Show Archives for all the shows. We have over 100 shows now podcast for you to listen to and to help trace your Irish roots.  Our recommendations for further reading for Irish ancestral research this week is at www.lornamoloney.com/recommendations

Irish surnames in Texas may have begun with Hugo Oconór {Hugh O'Connor]. Hugo's O'Connor belonged to a legacy of providing military sources for the Spanish Royal Army. From the early 1600s many leading families had left for the continent to provide military prowess to crown powers. The term for these family serving crown forces was 'The Wild Geese'.
The Irish had their own regiments and were to supply France, Italy and Spain with military forces.

There is also an excellent resource from leading genealogists on The Wild Geese website for those interested in starting Irish Genealogy and this is available at
http://thewildgeese.irish/group/irish-ancestry 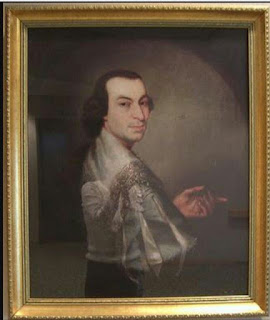 A Spanish official is reported to have advised the King of Spain to welcome the Irish "because they are strong, tough people, unafraid of cold weather...They will sleep on the bare ground, making them the fiercest warriors".
Hugh Oconor's hair gave him the new name of "El Capitán Colorado" meaning red in Spanish. In 1765, Hugo was was appointed as the Governor of Texas and through his family connections to Alejandro O'Reilly, a cousin, he was promoted to high positions controlling vast regions. The connections between the O'Reillys and the O'Connors showed how these family networks were essential for upward mobility.

We used the Texas State Historical Association resources online to learn about the McGLOINS and the McMULLINS. The McGloins came from Castlegal, Co. Sligo. They were powerful influences on immigration of settler families into Texas. The townland of origin for the McGLOIN surname can be located at the Townlands.ie website  and this is an excellent source for all other Irish surnames also as it gives a link by place at the bottom to the 1901 and 1911 census. See https://www.townlands.ie/sligo/carbury/ahamlish/cliffony-north/castlegal/

To assist learning, we also include a map of Ireland so you can follow origins of Irish surnames in Ireland by county. Within each county, there are parishes, which contain townlands. 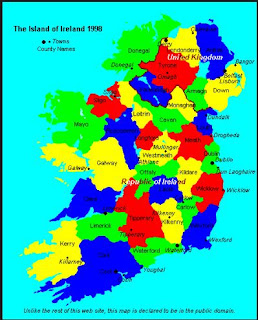 Some Irish Surnames of Texas 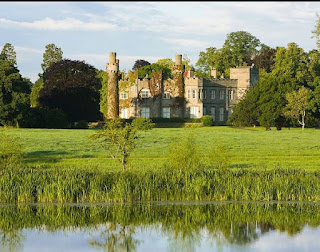 Luttrell: The Luttrells were of Norman origin and fought with William at Hastings. They were rewarded with large estates in Yorkshire and Leicestershire. The family had strong influences in both England and Ireland. As a strong Catholic family of the Pale. The Pale was the area around Dublin and if you were "beyond the Pale" it meant you were in dangerous territory. The Luttrells retained their faith after the Reformation, while at the same time benefiting greatly from the confiscation of the religious houses in Ireland. http://www.luttrellstowncastle.com/en/history-of-the-castle/

So our Irish Surnames in Texas have a great antiquity and may have more than one country of Origin.

Lively
"In the south of Co Down travelling from Newry and going southeastwards along the mouth of Carlingford Lough staying on the bending coastine of Co Down you soon enter the civil parish of Warrenpoint, where there are traces of Lively, then turn NE ie inland, and they lived also in next civil parish Clonallen [in the townlands of Cabragh, Cullion, Milltown ] continuing NE into two civil parishes, the one to the north is Drumgrath [In the townland of Drumlough, and the one to the east is Clonduff, townland Leitrim with a further two traces of ladies one Tartaraghan Co Armagh, and the other Kilanny Co Louth" Sometimes old posts on Ancestry are very useful for locating surname informaton.

MacMurtre  2 to be found in Island Magee in County Antrim, Quite numerous: E Ulster. Ir. Mac Muircheartaigh. See Moriarty. This form is usually Scottish and associated with Bute.

MacCord - Mac Cuairt, in Oriel but Mac Cord is Scottish from Galloway, still the same basic name of which the derivation is not certain

Haran_ Ó hEaghráin. The prefix "Ó" ("Ua" in Middle Irish) signifies "son of" or "descendant" and would indicate the patronymic origin of the surname, while the second element of the name is the genitive case of the name Eaghra,an ancestor of the related clan Ó hEaghra. The surname is referenced Annals of the Four Masters: This is a source freely available online through the UCC Celt Website - Corpus of Electronic Text. "1052 AD, Echthighern Ua hEaghráin, the successor of Ciaran of Cluain-mic-Nois [Clonmacnoise] and of Comman, died on his pilgrimage at Cluain-Iraird [Clonard Abbey]." The O' and the Mac appear and disappear throughout the journey of Irish surnames so it is important to create your searches with or without it as history dictates.
Redshanks
The sources for the radio show "Irish Surnames in Texas" traced origins of surnames such as Crawford, McDaniels, Cambell, McDonnell" and located the writings of Barry McCain, see http://theredshank.blogspot.ie/2013/06/redshank-surnames-in-laggan-district.html  This provided a full list of the surname which has many matches for Irish Surnames in Texas.

We learned that Redshanks was the nickname for the new military forces which came through marriage to support Shane O'Neill and was as a result of advantageous marriages to Agnes Campbell and Finola McDonnell. (Inion Dubh) Agnes dowry included 1200 mercenaries or Redshanks.The Scottish influence extended to castle building and you can see these in Burt Castle built by the O'Doherty Clan.


"The Elizabethan English were very cognizant of the Redshanks in Ireland.  The Calendar of the State Papers Relating To Ireland has many letters and reports of English officials in Ulster concerning Redshank activities from the mid 1500s until the early 1600s.  English concern and fear of the Redshanks grew greatly when they began to settle in Ulster. The nature of the Redshanks’ function was changing in Irish society.  Initially, the Redshanks were only paid for time in service and there was the added benefit that the Irish lords did not need to grant them land to live on.  This made them popular with these lords as they were less expensive than Gallóglaigh.  However, more Scottish warriors were needed as the wars against the Elizabethan English escalated.  The Redshanks were available in much greater numbers than the Gallóglaigh and the broadening scope and changing nature of warfare of the 1500s led some Irish lords, those that could afford it, to have Redshanks settle in strategic areas on their lands. "(Barry McCain)

We would certainly  recommend Barry McCain's work on this  topic and it pointed us in the direction of the 1630 Muster rolls.This resource as part of the R. J. Hunter legacy showed a searchable database freely available online. Muster Rolls give over 13,000 names in Northern Ireland and can be located here http://www.therjhuntercollection.com/resources/muster-rolls-c-1630/  Such a source tells us the names of the tenants on the landlords estates and names that were once English and Scottish hibernicise and become Irish surnames.