- January 21, 2016
Lauren Cassidy is undertaking this historical research under the supervision of Lorna Moloney of Merriman Research.  89 Georges Street, known nowadays as 89 O’Connell Street contains particular Georgian features in Limerick city and is essential for our knowledge of Limerick city's historical development.
Throughout the nineteenth, and early twentieth-century, 89 O’Connell Street, then known as 89 George-street was used for a variety of purposes, and occupied by many different families. Although originally built as a private home, this attractive abode was used as a place of business. In fact, neighbouring properties all housed medical businesses. Philip Lyon, Physician, practiced at 90 George Street. Stanley Bouchier adjacent at 91 George-Street. Nearby Richard Franklin resided in 83 George-street. A plethora of surgeons, physicians, and apothecaries inhabit this space. In the early nineteenth century, the house location of New-Town Pery boasted of a 'superb city view' which could 'hardly be presented to the eye'. Limerick city contained 21 parishes with a population of 70,000 inhabitants.   The city comprised of English Town, Irish Town and New-Town Pery, the latter with many medical practices.

In 1840, James Tandy Wilkinson, recorded in the Triennial’s Limerick City Trade Register of 1840, as a surgeon lived at number 89.  The house was taken over by William Ringrose Gore in the 1840s, and records show him as a doctor in the later trade registers of 1846 and 1856. Ringrose-Gore was a prominent figure in the contemporary medical developments of the nineteenth century Limerick and the house are steeped in intriguing, sad stories of the past. This research includes the death of Gore’s ten-year-old son in 1851, probably of Cholera.  Undoubtedly, the death of this doctor’s child reflects the conditions of health and mortality in nineteenth-century Ireland. Accordingly, there will be much researched on the life of William Ringrose Gore, tracing his family legacy and the historical importance of the life of a doctor based in nineteenth century Limerick. 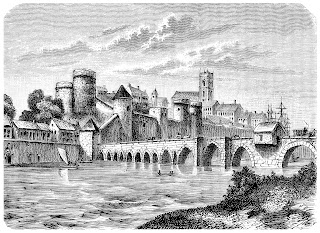 The research will bring us to present day 89 O'Connell Street now known as Bridgewater House and housing some businesses important to Limerick city centre under our national recovery plan.
Nowadays, through its preservation of Georgian architecture and subsequent connections with the past, Limerick has become a historically significant city and attractive tourist destination. Despite strong links with its past, some aspects of Limerick city have been transformed with the passing of time. George Street, once named after the continuous line of British Kings named George later renamed to honour, Daniel O’Connell. O’Connell, a prominent figure in Irish history, was involved both in the campaign for Catholic Emancipation, and a failed attempt to achieve Irish Independence. Despite a change in name, O’Connell Street remains a centre of business and domestic life. Although some terraced townhouses remain occupied by families, the majority of Georgian buildings are now primarily used to accommodate companies. Today, 89 O’Connell Street is home to Averian Limited, a company involved in consultancy work, and the development of software. Now referred to as Bridgewater House, 89 O’Connell Street’s Georgian style layout is ideal for the offices and boardrooms necessary for modern companies. A perfect fusion of past, architectural ambition and modern, commercial innovation, 89 O’Connell Street has stood the test of time to serve both past, and present generations. 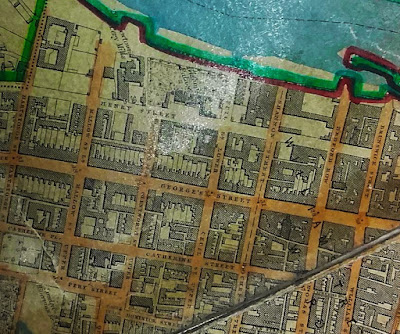 George Street, depicted on map of Limerick, surveyed in 1849-1 by Captain Stotherd. 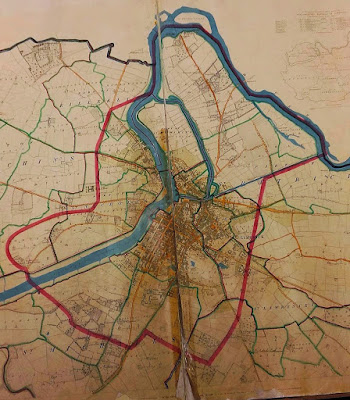 Map of Limerick, surveyed in 1840-41 by Captain Stotherd.