National Famine Commemoration 2013 'Famine Genealogy- Eyes and Ears of the Past- 9 May St Cronan's, Tuamgraney 7pm

- May 04, 2013
Lorna Moloney will be delivering a working called 'Famine Genealogy- Eyes and Ears of the Past' at St Cronan's, Tuamgraney, Co. Clare at 7p.m. Admission is free and all are welcome. Lorna will be examining the sources surrounding famine genealogy and showing how such eyewitness testimony to the past can reveal sources pertinent to those exploring their family history. It will examine the concepts of 'eyewitnessing' as standards of 'evidence and proof' or the lack of it. From 'There is such a tendency to exaggeration and inaccuracy in Irish reports that delay in acting on them is always desirable. (Sir Robert Peel, Prime Minister, October 1845) to the reality for the people in Ireland where 'Nothing else is heard of, nothing else is spoken of… Famine must be looked forward to and there will follow, as a natural consequence, as in former years, typhus fever, or some other malignant pestilence. (Dr. Babington, October 1845. Lorna will explore how we can reveal sources through oral testimony, parliamentary papersnewspapers accounts, and comparative genealogical sources such as 'the tithe applotments & Griffith's valuation to assess the effects of the time, with the loss of families from east Clare. The impacts on the Poor Law Unions are examined to see what they can tell about the effects of the Famine in County Clare. The workshop culminates with an examination of the figures for emigration and the exodus from the landscape with 'Day after day our quays are crowded with people seeking for American ships, and no sooner is a ship’s departure for that prosperous land announced than she is filled. (The Chronicle and Munster Advertiser, March 1847). 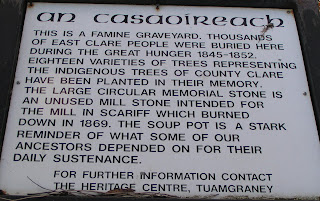 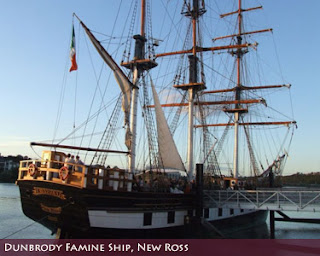 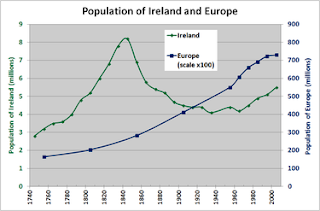 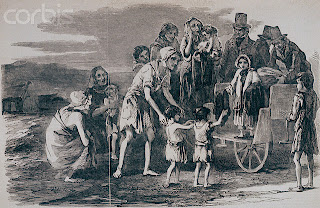 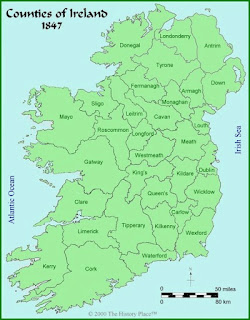 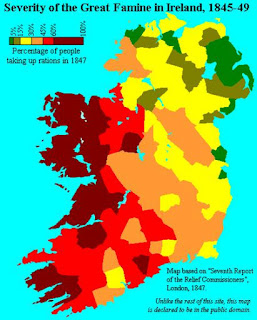 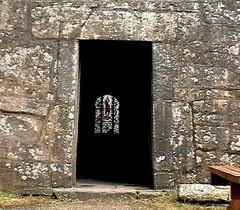 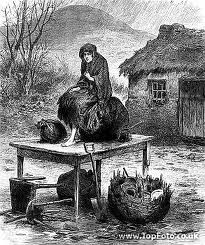 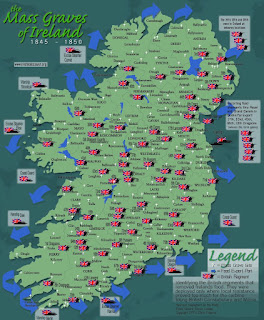 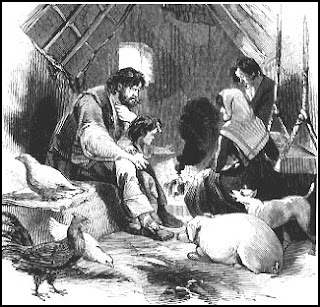